Many tarot readers see the Nine of Swords as a negative card. But there's a positive side to it too. 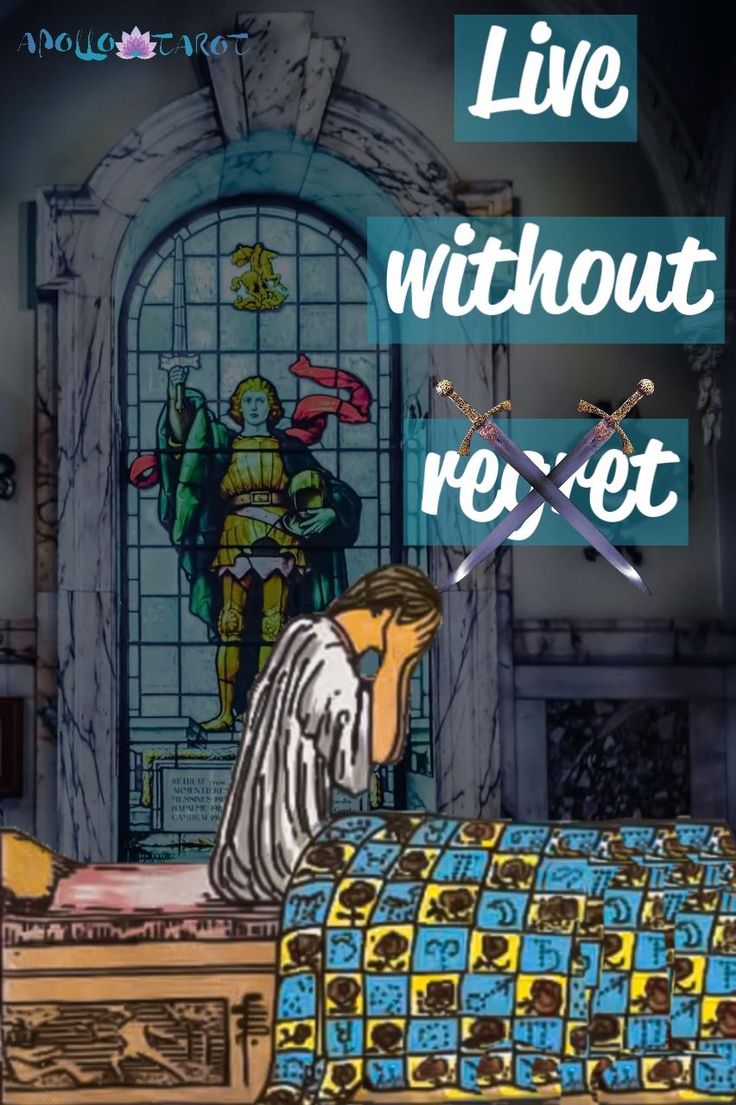 Let's take a look at the Nine of Swords.

As represented in the Rider-Waite deck in the Nine of Swords card, we see a woman waking up from a nightmare with her hands covering her face and possibly crying.

This sad scene could mean she has been processing and revisiting the past, to the point she wakes up feeling exhausted.

Awareness represented in the Nine of Swords.

Still, in the Nine of Swords, there's an element of awareness that can be positive. When someone wakes up, it means they see their problems as they are. Not fighting it or running away from them.

Though facing our feelings can be hurtful, it's the first step for the healing process to take place. The more we fight against our emotions, the bigger they become, and the more we run away from them, the stronger they chase us back.

While regrets have their place in life, they are only useful when we accept them, and from this place of acceptance, we move forward.

Four ways to take action if the Nine of Swords appears in your reading:

Living without regret is liberating. Don't waste time dwelling on it more than it's necessary. Learn from it, wake up and move on.

In other words, The Nine of Swords is about staying woke!

"The feelings that hurt most, the emotions that sting most, are those that are absurd - The longing for impossible things, precisely because they are impossible; nostalgia for what never was; the desire for what could have been; regret over not being someone else; dissatisfaction with the world’s existence. All these half-tones of the soul’s consciousness create in us a painful landscape, an eternal sunset of what we are.”
― Fernando Pessoa

Our King of Swords Unisex T-Shirt is here to remind you: You're the boss of your mind!

The King of Swords sits erect on his throne, facing the world with his fierce character. The sword in his right hand is a symbol of his rationality and poise. It pends slightly to the left, the side that represents intuition and the subconscious. While he makes decisions mostly with his intellect, he's open to the insightful whispers of the angels.

Isn't our King of Swords Unisex T-Shirt the perfect garment to wear on a reading for your friends or customers?